In this sports spotlight, Will interviews Sean and Alma Crow, the coaches of the La Grande High School cross-country teams about the team’s recent performances at state. Sean and Alma talk about their training strategies, their team dynamic, and why they are personally invested in these kids and their performance.

Check out our newest show, the LaGrandeAlive.tv Sports Spotlight! In this episode, sports director Steve Hendrix talks to Harold Shannon and Kirk Travis about the upcoming season, some strategies about how the team plays and how, exactly, the team becomes unified for the rest of the season. The conversation concludes with the coaches talking about Friday’s game against the Pendleton Buckaroos.

Transcript from La Grande Alive TV:  This is your weekly news roundup brought to you by:

There were not one, not two, but three fires this 4th of July weekend, and none of them were caused by Hillbillies with fireworks. The first house, located out by Hot Lakes, was huge, what firefighters call a “third alarm” fire. It included a house, a trailer, and three shops, and all of them burned down completely. It’s amazing what a little electrical problem can do to your home. The fire started at 7:15 pm and, according to Larry Wooldridge, the fire chief for La Grande Rural, they didn’t get done until 4 am the next morning fighting it. But they weren’t done.

The second fire started at 7:15 am the next morning, just hours after La Grande Rural put out the other blaze. It was a mobile home. It started on the front porch. The owner woke to see it burning. She tried to put it out herself. It didn’t work. But by the time she called 911, it was too late. A corner of her house was burned, her whole house was engulfed in smoke, and three of her four dogs were dead. Twelve firefighters responded to this fire, but nobody could determine what started it, and they didn’t finish debriefing until 4:15 pm.

But they still weren’t done for the day! At about 5:15, just after they left the other event, La Grande Rural got another call for a hay and shed fire! And so after almost 24 hours of fighting fire, the department strapped up and headed out and put that one out two. They didn’t finish until almost 9:00 pm Tuesday night. Whew. That’s a heck of a 4th of July celebration.

So what’s the moral of this story? Be careful, for God’s sake. According to Wooldridge, most people forget that wildland fires aren’t the only type of fires out there, especially during spring. House fires are extremely dangerous and people let their guard ground. So turn off your burners, unplug your hot plates, put out your cigarette butts. Fires start quickly and for a thousand different reasons, and these houses could be yours.

And also, if you see a firefighter from La Grande Rural Fire district, shake their hand and thank them. They gave up their 4th of July night so other people can enjoy yet another year in America alive.

And speaking of fire, there’s now a no-smoking ban in all public parks in La Grande. So you vapers, smokers, tokers, do your business outside of public areas. There’s even new, fancy signs that tell you so. If you’re caught smoking by a public servant in a park, e.g. a police officer, they will ask you to leave. So if you’re going to smoke, take a walk and do it outside of state-owned grounds.

The La Grande High school is renovating everything. And I mean everything. When they’re done they’ll have a new gymnasium, a new auditorium, a new industrial arts building. Currently the gymnasium is in-progress. The floor is ripped up, the place needs painted, but it is progressing. The theater is also going right along–when it’s done, they’ll have a new thrust stage, new lights and rafters, and even new seats. And they’re gonna rip the industrial arts building down completely. And build another one. That too. The gym is probably going to be done August 1st. Keep an eye out for it and the rest of the LGHS building. And all you kids–enjoy your new multi-million dollar facilities.

So, what’s going on this week? Well, tonight there’s live music at Ten Depot Street. There’s an annual egg and pancake breakfast during the Elgin Stampede from 7 to 11 am on Saturday. It’s going to be at Hiram Lodge 67 and is 6 bucks a person and kids eat free. And a few early, early peeks of some things coming up: next weekend is Crazy Days! A big, massive, fun and fantastic downtown event going on in La Grande. So keep that in mind. Also, on the 25th of July, the liberty theater in La Grande will host a workshop about saving historic places in Oregon. So if you’re interested in keeping Oregon local and historic, please visit the Liberty website for more information.

The La Grande All Stars baseball team beat Hermiston to win district. They won 11-6. Then they beat Milton Freewater 12-2 Saturday to win districts. Great job, All Stars. All up and making us proud. You did great.

But the La Grande Legacy Ford Legends didn’t do so hot last week, going 1-3-1 this weekend at the Spokane-Coeur d’Alene American Legion Wood Bat Classic. They started off losing two games, one to Fort Macleod, Alberta 10-0 and also to Coeur d’ALene’s home team 14-6. Then Saturday, they finally won one, winning 8-3 over Aberdeen Washington. Next they tied Asotin, Washington 4-all and, finally, finished off with another loss against Brekendridge, Washington, on Sunday 4-2. The team is now 13-5-1 overall.

But let’s not stop with losing, let’s make this a good-news sandwich. Former EOU student Isaac Updike is one race away from qualifying or the Olympics. Updike runs for Team Run Eugene. He has qualified and placed high enough in his last several qualifying races to, along with 13 others, race for the three Olympic seats. He will race Friday evening to decide his fate, whether he will, in fact, race in Rio De Janeiro this year for team USA or whether he will, instead, return home to Eugene and watch the races with family and friends at home.

And that’s your news roundup.

This is your weekly news roundup brought to you by: 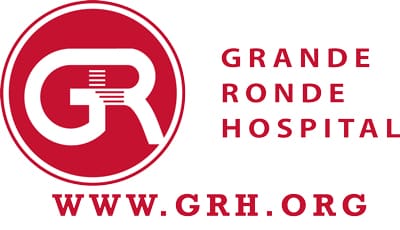